And Goodnight, Mrs. Pruden, Wherever You Are

A few years ago, I saw one of those cartoony Facebook postcard thingies that said something to the effect of, "Love is wonderful; you should tell someone that you love them every day. But love is also terrifying and confusing, so when you tell them, scream it in German!"
When I heard that anecdote, I relished sharing it with my friend Wilma Pruden, because -- among her many talents -- she prided herself on being fluent in that intimidating language.  However, she did not need to resort to Teutonic rants to command respect, either from those who knew her well or -- as it sometimes happened -- perfect strangers.

My favorite Wilma story took place in a setting that was far from our normal stomping grounds: in a "healthy food, fast" franchise that was catering, at least at that moment, primarily to the gym-obsessed male denizens of Chelsea.  For the uninitiated, visitors to the Muscle Maker Grill make their selections at the counter, but the food is then brought to your table.  The young man working the register, after taking Wilma's order, politely asked, "May I have your first name?"

Wilma, just as politely, replied, "No, you may not."
Our server looked stunned.  Clearly this had not been included in the training; perhaps women of bearing did not typically frequent this stretch of Eighth Avenue.
Sensing his confusion, she went on to explain, "Only people I know call me by my first name. You and I have not even been introduced. You may call me Mrs. Pruden." 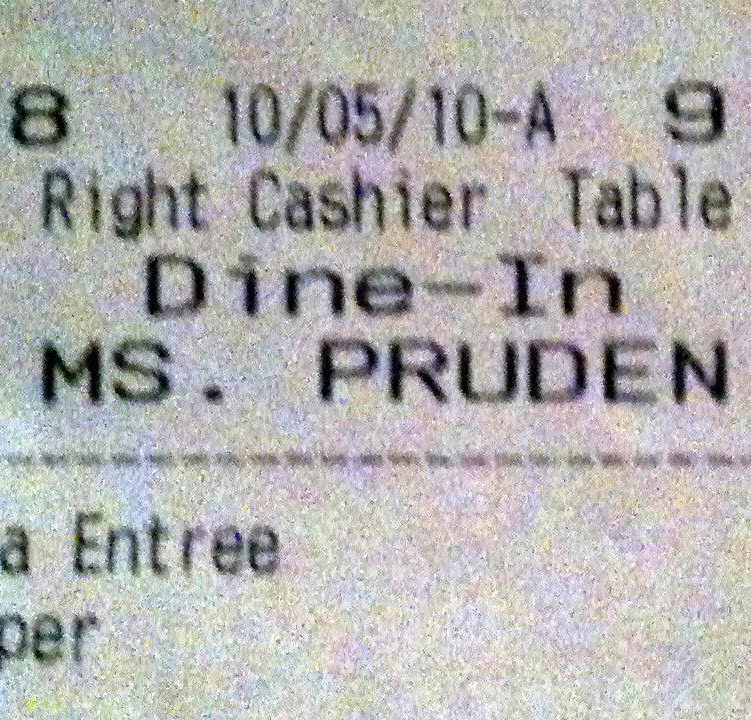 The employee, bless his heart, dutifully keyed "MS. PRUDEN" into the register.  After two-and-a-half minutes, he knew better than to argue.  And, if Wilma was tempted to school him in the correct uses of Mrs., Miss, and Ms., she chose instead to let it go.

I don't tell that story to make Wilma sound haughty or uptight; her tone throughout this whole exchange was completely cordial.  It is simply an example of a woman who knew there was a right way to do things and treat people, and she was not afraid to point them out.  She was no less exacting in her standards for her own conduct than her expectations from everyone else, and while we kidded around about her legendary ire, she also had a rich sense of humor and loved to laugh, especially at herself.
For several years, Wilma and The Archwarden shared responsibility for managing our now-former parish in the absence of a full-time rector, and I looked forward to ribald stories about what Wilma did or said during their epic meetings.  And during our years of "leading" our church youth group and making basement-music with the Archwarden's late father Henry, I could also count on her husband, (whom we all know simply as "Doc") to share similar tales with his trademark smile.  He is as easygoing as Wilma intense; a balanced partnership that helped them get through medical school, four children, and now a new generation to love and spoil.

We lost Wilma today.  I'm still trying to get my head around that. My heart aches for Doc and their kids, and all the lives that will have to adjust to the hole left by her formidable presence.
Posted by Christian Paolino at 6:57 PM