And All This Time the River Flowed

Yesterday, I was privileged to see a performance of Sting's new musical The Last Ship, currently in previews on Broadway.  A project that had been in the works since 2010, the production follows a concept album in 2013 last year (from which only some tracks made it to the score as presented to us) and a short run in Chicago.

Set in the village of Wallsend-on-Tyne in northeastern England, the show is a stylized account of the conclusion in 2007 of shipbuilding activity by Swan-Hunter, whose accomplishments include the legendary Cunarders RMS Mauretania (holder of the transatlantic speed record) and Carpathia (rescuer of the RMS Titanic survivors). Wallsend produced the last passenger liner built in the United Kingdom (the MS Vistafjord for Norwegian America Line, which later also sailed for Cunard as Caronia) in 1973.


The show begins with a flashback of sorts, as Joe Fletcher (Jamie Jackson) is injured on the job and wants his son Gideon (Montclair's own Collin Kelly-Sordelet) to assume his place as breadwinner by becoming an apprentice at the yard.  Gideon rejects this idea and instead signs on as a merchant mariner, promising girlfriend Meg (Rachel Tucker) he will be back for her.

Returning fifteen years later upon the news of his father's death, Gideon (played as an adult by Michael Esper) learns that the yard is to be closed for lack of any further work. This is semi-factual: Following delays and cost overruns, the still-incomplete HMS Lyme Bay, the last vessel to be laid down at Wallsend, was towed in 2006 to a competing yard and Swan Hunter was barred from further naval contracts, ending 130 years of shipbuilding on the Tyne.

Gideon seeks out Meg and discovers she is less than receptive to a reconciliation, her feelings complicated by a teenage son Tom (also portrayed by Kelly-Sordelet) and another man, Arthur (Aaron Lazar), who wants to marry her.  Arthur (also a former shipbuilder) has taken a job with a company that wants to see the yard sold and used for shipbreaking and scrapping, an idea the workers find repulsive and insulting.

Encouraged by the parish priest (brilliantly wrought by Fred Applegate... if ever there was a right priest for a particular congregation, Fr. James O'Brien is it!), the workers, including Gideon and Tom, defiantly embark -- against all odds -- on one more project, which symbolizes their collective well-being and pride.


I will not spoil with more details of the plot.  I have read that the show is semi-autobiographical, which leads me to wonder what Sting's upbringing was like. There is no mother in the play, and the relationship between Gideon and Joe is clearly freighted, with allusions to abuse.  The singer's parents died of cancer within months of each other in 1987 and he explained in a 1996 interview with Q that he declined to attend their funerals, and later regretted it.  A period of writer's block followed, and it was not until he released The Soul Cages in 1991 that he felt properly able to mourn.

"My father was... snatched away from me at the wrong time. For me and for him. It was just at the point when I was beginning to make my journey home and understand my parents more - the decisions they made,"  Sting observed.  "Having written the songs, what I learnt was to forgive myself for my part in it and forgive my father and my mother for what they did that hurt me."

In parallel, Gideon misses Jim's funeral by mere days and is forced to work through unrequited feelings as the story unfolds.  Two tracks from The Soul Cages, "Island of Souls" and "All this Time", accompany original songs in the show.

The play gives you a lot to chew on.  The theme is one that has repeated itself many times, some of them in places a lot closer to home, as traditional ways of earning a living handed down by generations give way to technology and globalization.

Layer that with the complex relationships between the players as they make difficult choices, and a cast that does well to get you invested as if this was really happening around you. Musically, Sting's influence is heavy, but he draws well from the history of the area, particularly for the company pieces.

The Last Ship is in previews at the Neil Simon Theater.
Posted by Christian Paolino at 1:21 PM No comments:

Peace the World Cannot Give


I feel surrounded by so much sadness and strife lately.  Beyond my job (which is a blog unto itself) and the conflicts in the the world (anybody notice how the Ukraine bit seems to have been eclipsed by the ISIS, which was in turn eclipsed by the Ebola? It's as if we have only the brain-power for one crisis at a time), I was involved in a leadership change at an organization of which I am a part, with the attendant posturing and choosing of sides.  And before that could settle down, there is the upheaval at General Theological Seminary, which does not affect me directly but has had a profound impact on many of my friends in the church, either alumni or friends of faculty and students.  Meanwhile, two of my siblings were trying to comfort their spouses and their families through painful times, and I find myself struggling to be Useful and if not Useful at least not Part of the Problem.

I can't speak with any great wisdom on any of these things.  I am not politically savvy, I have no thirst for debate or inherent desire to be right. I can only tell about the way they make me feel, wonder where Christ is in all of this, and maybe hold your hand for a minute and extend the notion, perhaps a naive one, that it will all sort itself out.

If you are not already a fan, I commend you to the earthly patron saint of the Chaos Muppets, Anne Lamott.  On a recent Facebook post (and if you're not following, you simply must), she began:


"Many mornings I check out the news as soon as I wake up, because if it turns out that the world is coming to an end that day, I am going to eat the frosting off an entire carrot cake; just for a start. Then I will move onto vats of clam dip, pots of crime brûlée, nachos, M & M's etc. Then I will max out both my credit cards." 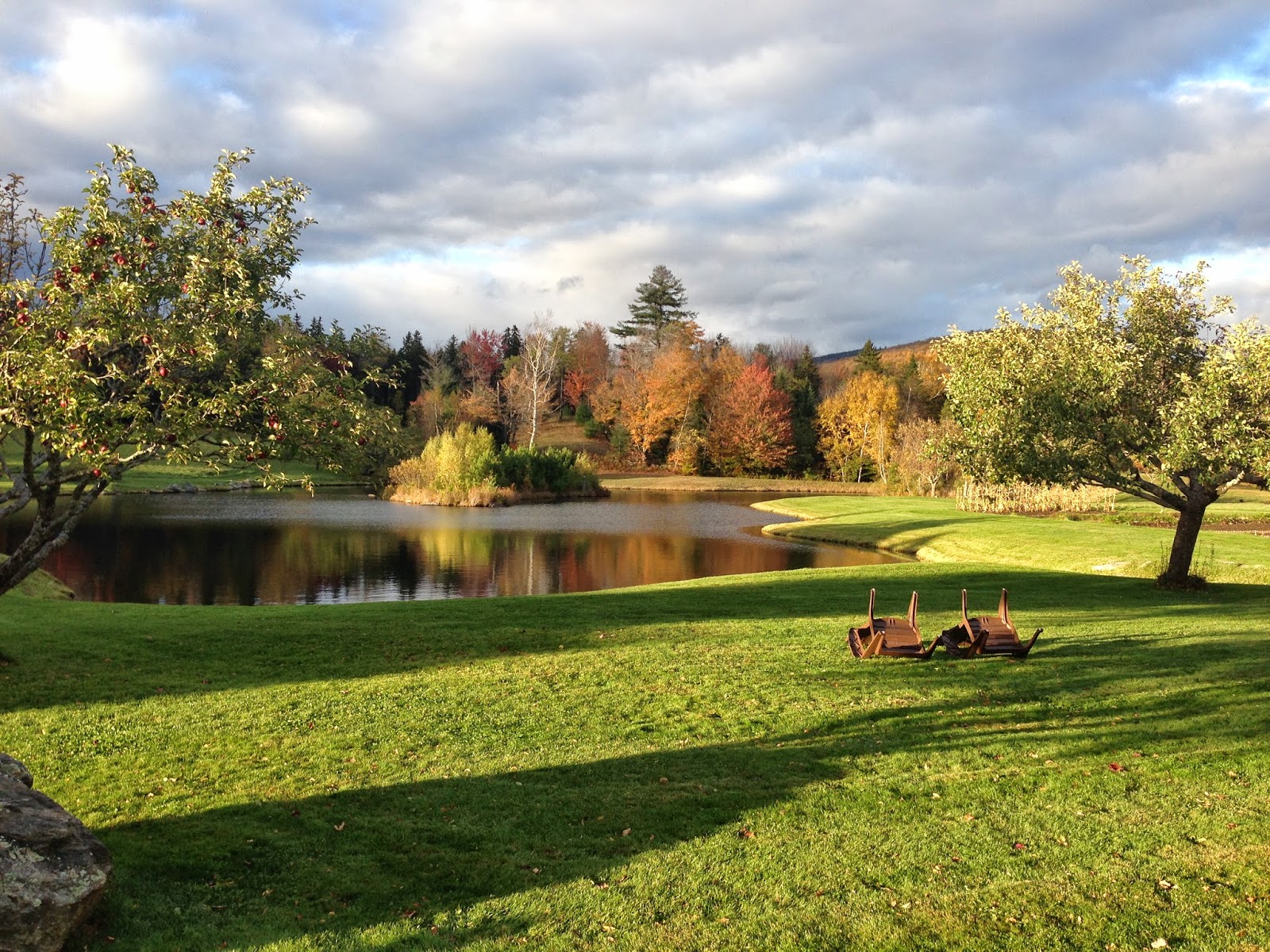 That is my kind of prophesy.  Hold the clam dip in my case, but feel free to improvise as local custom dictates. The point is that -- as you keep reading -- you learn that she is facing an unspeakably sad situation, surrounded as many of us are with many others.  But she approaches each with tenderness and grace, humor when appropriate, and handfuls of M&M's if that's what it takes.  She messes up, as we all do, and owns up to it readily. That is the person I strive to be, and -- short of any gifts of healing I haven't yet discovered -- that is probably about as close to "Christ's hands on earth" as I am likely to get.

In the midst of all this, I was lucky to spend a few days with a dear friend at Weston Priory.  As I alluded to in the recent post "Hurt People Hurt People" this Benedictine monastery is my muster station for the zombie apocalypse, the thinnest thin place I know, where I can actually believe for a moment that I might be a beloved child of God. 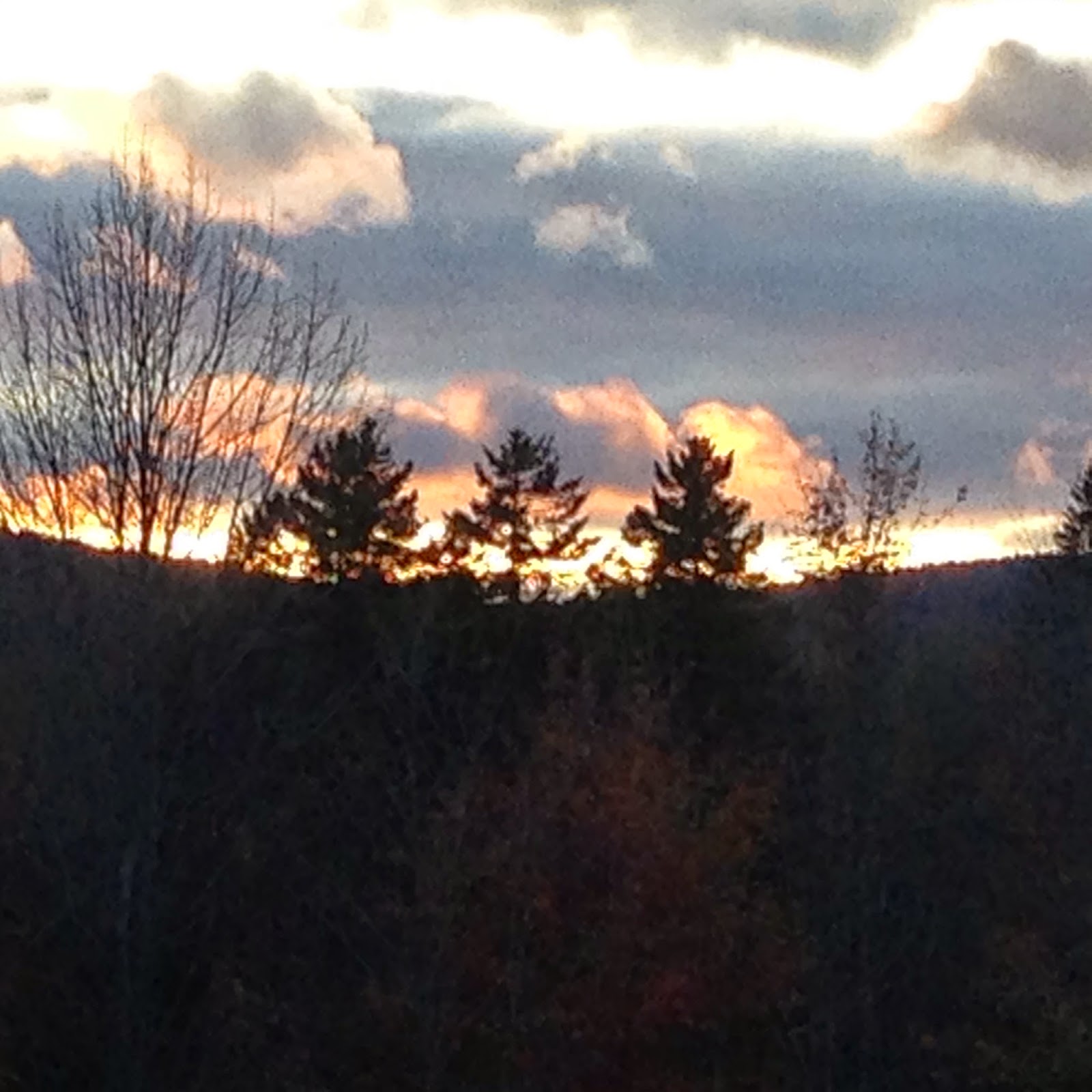 The Brothers say very little in public, but their tranquility speaks volumes, and their smiles reflect an inner peace that I envy.  They work hard (maintaining a working farm of many acres, and they are not teenagers) but in prayer and song they are extremely gentle, and the very simple services (you get no hymnal or missal, not even a piece of paper... just listen, listen and repeat) are rich with moments of profound holiness for those present.

The altars at Weston are the only Roman Catholic ones where I still feel called to receive the sacrament.  All these years later, one thing I still miss about the Mass is this verse (rough recollection of how they say it):


Lord Jesus Christ, you said to your apostles:
I leave you peace, my peace I give you.
Look not on our sins, but on the faith of your people,
and grant us the peace and unity of your realm
where you live for ever and ever.

Posted by Christian Paolino at 8:19 PM No comments: