I Will Not Forget


“There's a sadness, written on her pretty face
A sadness all her own,
from which no man can keep Candy safe”

He could put away whole boxes of Hostess cakes, although you wouldn't know it to look at him. I don't remember why I know that; he must have told me at some point.  I used to flirt with him at our local bar, where we were both regulars.  He was a cutey, after all, but he always had a little bit of a sad edge to his smile. I wish I had a picture of him. We had no interaction outside of the bar, and I just stopped seeing him there at some point. 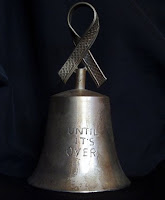 Jimmy died 20 years ago. He couldn't have been more than 30 or so, maybe younger. I can't find any record of his funeral, but I see his parents and his only brother all died since then and his death is noted in their obituaries.  I know where they were buried so maybe I'll go sometime and see if he's there, too.

Gaston had no such sadness about him: he was full of energy.  A wrestler in high school, he still lifted weights and looked it. When he was not DJing at that same bar, he also helped renovate it.  My love affair with Jeep Wranglers began with him: he had a nice blue one with all kinds of mods. I got to ride in it once: he took me to a Marky Mark concert after I won the tickets on the radio. I was afraid to drive in the city then, and still don't like to.

Gaston disappeared, too, but that happens in a bar. I found out later through a friend that he was also gone. He did have a picture of him for me, though, in his graduation suit.   I still have it.

The bar used to have plaques on the wall for a bartender who kept working there long after he he'd been diagnosed with cancer, and one of the drag performers who also died a few years ago.  I asked if Gaston would ever get one, but it was so long ago, there are probably few people still there who would recognize him.

For years I have helped a dear friend of mine borrow and display some panels from the quilt.  Not enough people were coming to see it, though, and people in the place where we hung it said it made them sad to look at it, especially at Christmastime.  My friend bore the expense single-handedly, and it was a lot of work for us and another friend of his to go get the panels out of the chilly storage facility where they live most of the time, put them up and take them down, so we didn't do it this year. But we would still do it, somewhere, if people would come see.

Last year, I resolved to make, or--more accurately--commission, a quilt panel for Gaston. I know he doesn't have one, because you can check.  As it happens, a year later, I haven't gotten anywhere with that.  I feel bad about it, and I still want to do it.

I don't know enough about Jimmy to make one for him, really.  Not yet, but I'll keep trying to find someone who does. I don't think he wants to be remembered by a box of Ho-Hos, although I could always get to see that smile by teasing him about it.

A young guy told me today that World AIDS Day doesn't really speak to him "just because I'm gay" and pointed out that men like him are no longer the largest group of new infections. I know this is thanks in part to the drugs, but I wish the pharma companies didn't make it sound in their commercials like HIV was reduced to a minor inconvenience for those lucky enough to afford their products.

So because of them, I will not forget.
Posted by Christian Paolino at 3:59 PM 1 comment: