“Oh, Jesus, I have to stop you right now. I love you dearly: You're a smart and sweet man, but you are so wrong about what matters and where the eyes should visit. The things you find so important--the attention, the prizes, the approval--yes, they matter, and never so much than when they disappear. But I'm old now, and I've walked a long and rocky road, and what really mattered, what should matter most to you, is the rare and gorgeous experience of reaching out through your work and your actions and connecting to others. A message in the bottle thrown toward another frightened, loveless queer; a confused mother; a recently dejected man who can't see his way home. We get people home; we let them know that we're here for them. This is what art can do. Art should be the arm and the shoulder and the kind eyes--all of which let others know you deserve to live and to be loved. That is what matters, baby. Bringing people home.”

Last night we had the privilege of attending the opening night of The Crusade of Connor Stephens at its new off-Broadway home in the Jerry Orbach Theater, once-home of the record-breaking The Fantasticks.  You may recall that I reviewed this show when it was included in the Midtown International Theatre Festival last summer, so I won't tell you the whole plot again.  Sufficient to say, it felt even more timely the second time around here in the Drumpfpocalypse, post Pulse Nightclub massacre, when mass shootings are a near-daily occurrence and demonizing one another with half-truths is what subsists for news.

Almost the entire cast* returned for this new production, which says something about their commitment to this important story and their devotion to writer-producer Dewey Moss. At this point I could not in good faith accept a paid gig to write something unbiased about the show because in the year since I have gotten to know Dewey and Jacques Mitchell (Bobby) and consider them friends.  However I will still say the show was just as gripping and cathartic the second time around, especially for anyone who has been church-burned or lived under the thumb of a controlling narcissist (well that would be the whole country at the moment, would it not?) as so skillfully portrayed by James Kiberd (Big Jim).

I did, however, write a brief interview of Ben Curtis (Jim, Junior) which appeared in the June edition of the Episcopal Journal. We discovered when we met in 2015 that we're both "PK's" (preacher's kids); my dad being a Roman Catholic deacon and his a now-retired Episcopal priest. I thought that would make an interesting angle for a story, given the contrast between his fundamentalist on-stage father and his real-life dad's progressive stance.  The text of my interview is below:

God, gays, and guns collide in The Crusade of Connor Stephens, a play written and produced by Dewey Moss which has its off-Broadway premiere later this month after an award-winning workshop run last summer. I caught up with former Dell computer pitchman Ben Curtis, who will reprise his role as Jim, Jr., a gay man whose adopted daughter's death puts him at odds with his firebrand minister father "Big Jim" and thrusts the family into the media spotlight. Ben hails from Chattanooga, Tenn, where his father was Rector of Grace Church from 1979-1994. Besides acting, he operates a yoga and wellness practice with his fiancee and performs in a variety of musical groups.


Q. I was proud to hear you identify as an Episcopalian in your recent interview with ESPN. Given your work helping others with their own health and spiritual journeys, how does the church fit into who you are and what you believe?


Well it certainly formed  some of my earliest beliefs as a Christian and my roots in spirituality. The church provided education, structure and community that I needed as a young wild rebellious PK (preacher's kid). It also helped me develop my early ideas of faith. Our parish and the Episcopal Church in general is so open-minded and accepting of all people, so that really instilled my core feelings as a child that all people are equal and all are loved by God. I still believe that today, and my father, while he was the rector of our parish, walked the walk.


Q. Like your character, you grew up as a "preacher's kid". How did that experience help you portray Jim, Jr.?


Well, it certainly helped me understand the pressures of being in the spotlight of the church. I was a satisfied customer of the Episcopal Church, so I was involved as an acolyte or in the choir. Nevertheless, if I made a mistake or got in trouble, you can be certain that everyone knew about it. However, unlike Jim, Jr., my father did not force me to think one way nor tell me that I was going to hell if I thought a different way.

Q. The Episcopal Church has been vocal about LGBT justice, as well as gun violence, both themes which the play explores. How did being an Episcopalian help shape how you see these issues?


I feel blessed to have grown up in a church very different from the one that Jim, Jr., did, which sounds very oppressive. I have friends who grew up in churches like that and who were put in conversion therapy, which of course is never effective.


I am very grateful to have grown up in such an accepting environment that allowed me to form my own ideas of God and spirituality. I feel sorry for people who are told by their church or pastor that being a Christian is black and white: “you're either saved or you ain't.” I believe our God is a loving God and Jesus was a great prophet. We can learn a lot from his stories and how he treated other people, ESPECIALLY the outcasts or those “different” from him.


Q. How do you relate believably to an on-stage "family" whose values contrast so starkly with your character's?


It's not hard. I don't believe in their “Christian morals” as a person so it's fairly easy to be disgusted by them on stage. Furthermore, they're brilliant actors, so the tension on stage is quite palpable. That and when your stakes and intentions are clear as an actor, the rest tends to work itself out.


Q. If Dewey told you that you had to play Big Jim tomorrow, could you do it? What would you do to get into that character?

Absolutely! I've played lots of “complicated” and “awful” characters. Each character wants something. If you know what yours wants, then that's your job on stage: to listen and to get what you want, or at least try. This script is also well-crafted so the words guide you. No matter what kind of character I play, I always find and play the truth and the humanity. Even Big Jim is quite human. 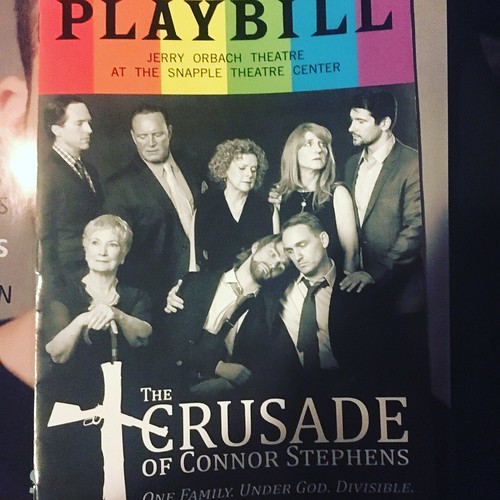 Playbill for The Crusade of Connor Stephens. 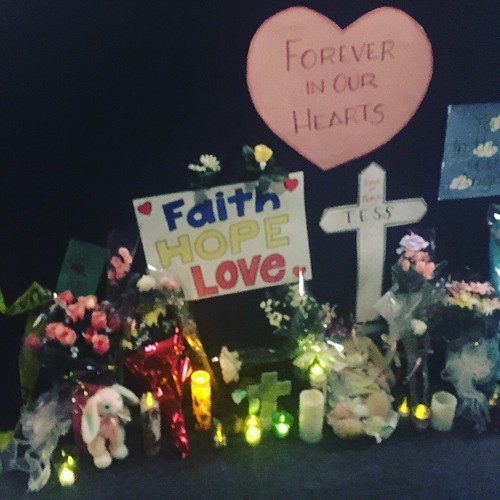 The Fantasticks this is not. A makeshift memorial as you enter the theater sets the tone for this gripping and cathartic play. 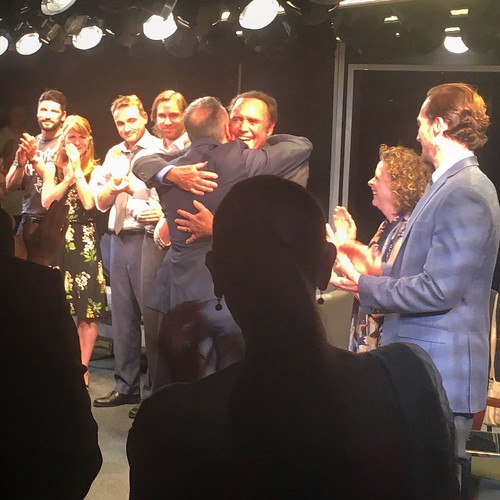 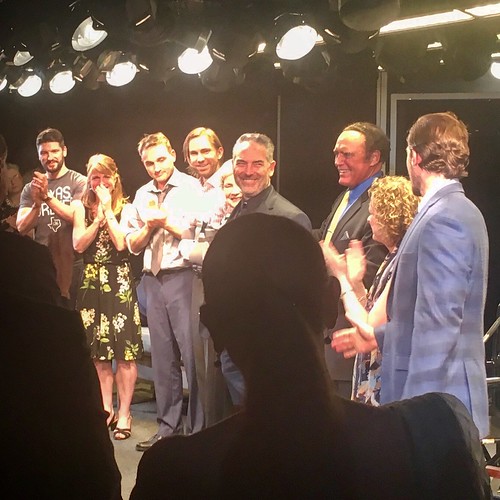 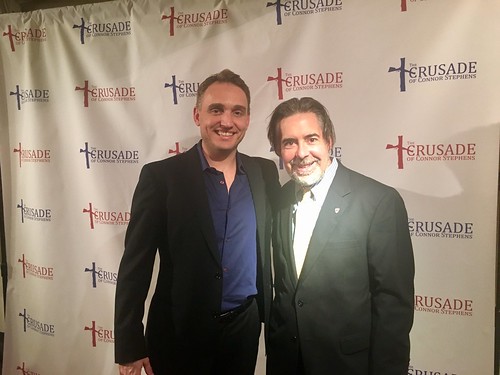 Ben Curtis (Jim, Jr.) and yours truly on the red carpet.
NOTE: James Padric, who portrayed Kris in the workshop run, was diagnosed with esophageal cancer shortly after the production.  He is doing well but could still use your support in the face of hefty medical bills.  Thank you!
Posted by Christian Paolino at 8:31 AM